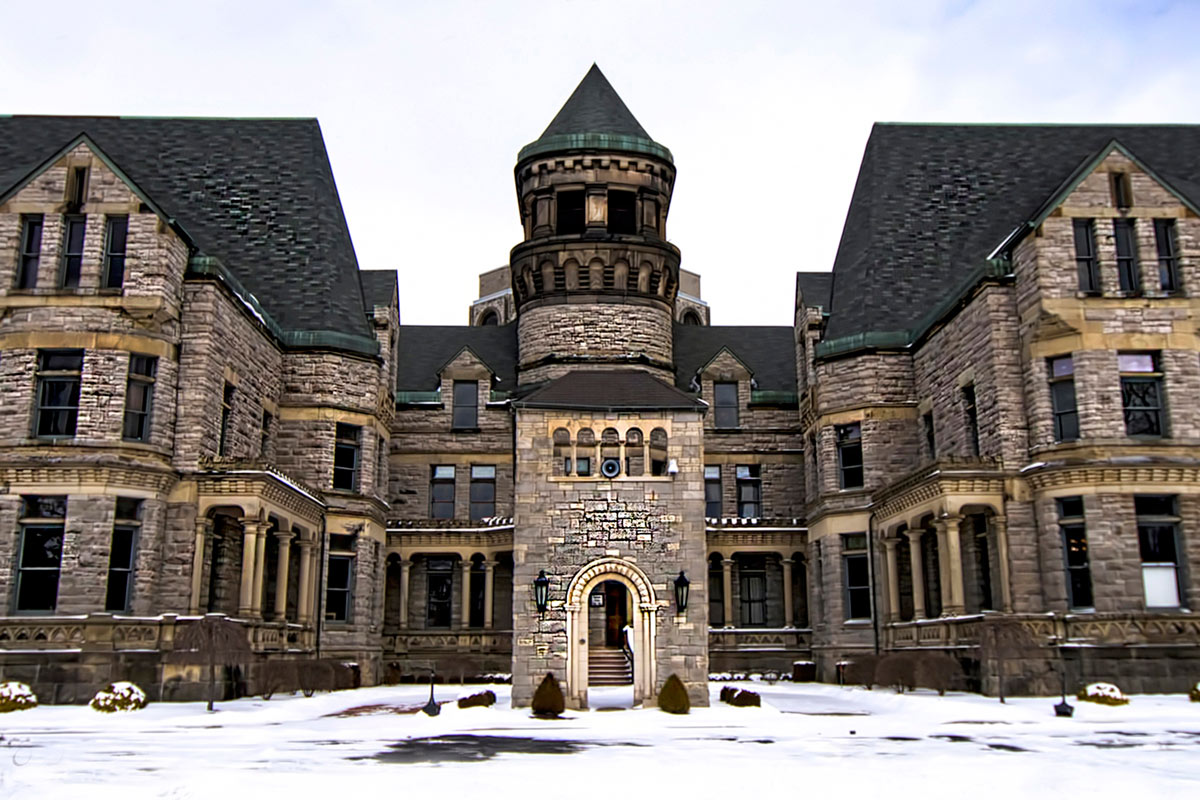 The Mansfield Reformatory a.k.a Shawshank Prison

Stephen King’s fictitious Brooksie Hatlen wasn’t the only one who got a number when he passed through these gates. Beginning in 1896, so did over 155,000 actual souls who wore stripes and received their mail at this address.

As seen in this photo, the architect used three architectural styles: Victorian Gothic, Richardsonian Romanesque, and Queen Anne. Ostensibly, this was to create an environment, an atmosphere, that would encourage inmates to rediscover and nurture their spiritual lives.

“Shawshank Redemption” may have been achieved by some of the prisoners, but probably not that many. Due to overcrowding and inhuman treatment, the prison was ordered closed in 1990.

If interested in a closer (some would say, skin-crawling) look at this prison, check out the “Abstract & Texture” collection.