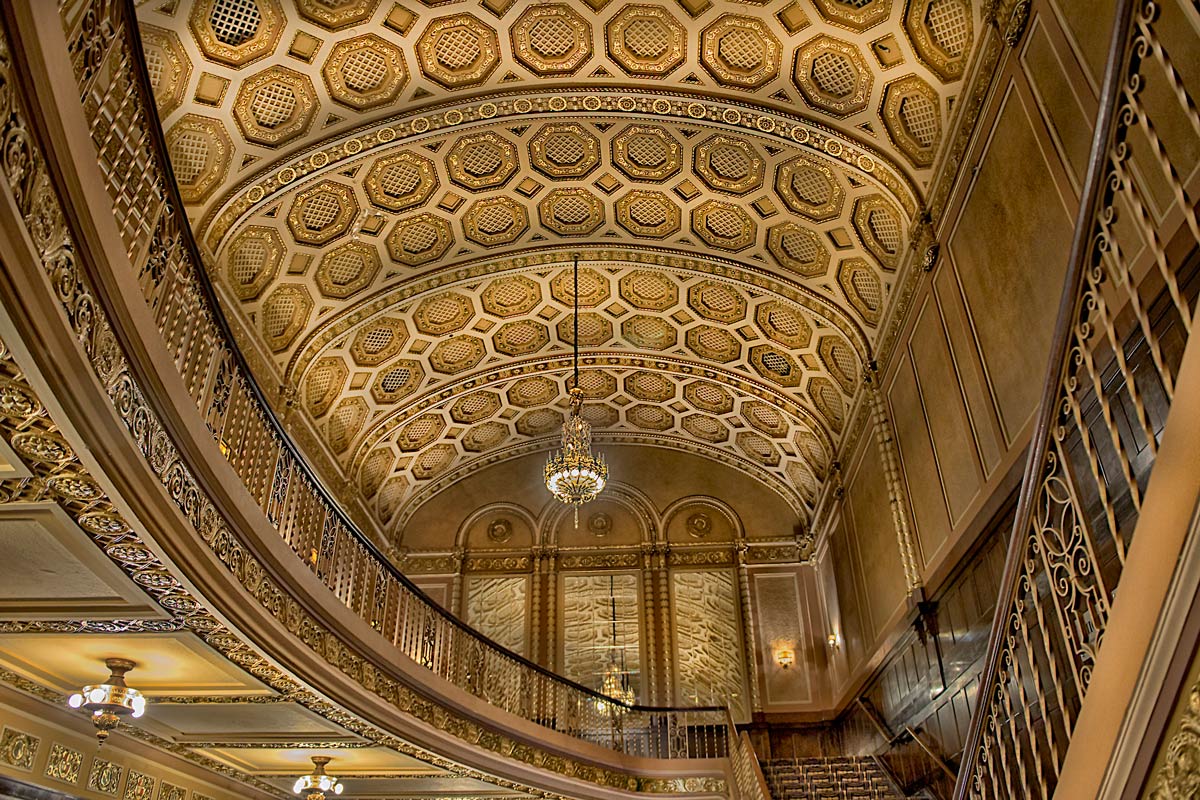 As a teenager, I didn’t pay attention.

Actually, that’s a good place to stop, but in this case, I’m talking about movie theaters. I enjoyed the shows, sure, but the theaters? Nope. They were just buildings.

Other than location—The Michigan on Liberty, The State on State, The Campus on South University—the theaters were not that different from one another. The Campus theater was smaller and showed movies with subtitles, however, the rest of it was the same. Popcorn smell, sticky floor, gum under seats. The cost of admission in the early-mid 1960s for all three theaters was less than a dollar *

Back then, even if I did happen to pay attention to the appearance of the Michigan theater, it certainly didn’t look like this photo.

Back in the 50s, to boost attendance, the theater was “modernized,” including putting in green marble paneling and a drop ceiling in the lobby. The Grand Foyer was painted in an ivory, grey, slate blue and orange color scheme, hiding the intricate gilt work of the original decorative plaster.

Instead of rebounding to the past majesty of the late 20s, 30s and 40s, the theater steadily declined. In 1979 plans were discussed to gut the building and turn the space into a food court and retail center.

Fortunately, the Michigan Theater Foundation was formed in late 1979. Through hard work, tireless fund raising, and the foresight to hire Russ Collins in 1982, they were able to preserve this magnificent building and restore it to its former glory. Today, it is home to plays, concerts, lectures, events for children, and, of course, wonderful movies.

So, sit back and enjoy the show! However, look closely and pay attention to the theater, as well. It is much more than just a building!

*NOTE: Before you think about the good old days when movies were a dollar, keep in mind “Inflation Adjusted.” In today’s money, that means early-mid 60’s movies cost about $8.00.