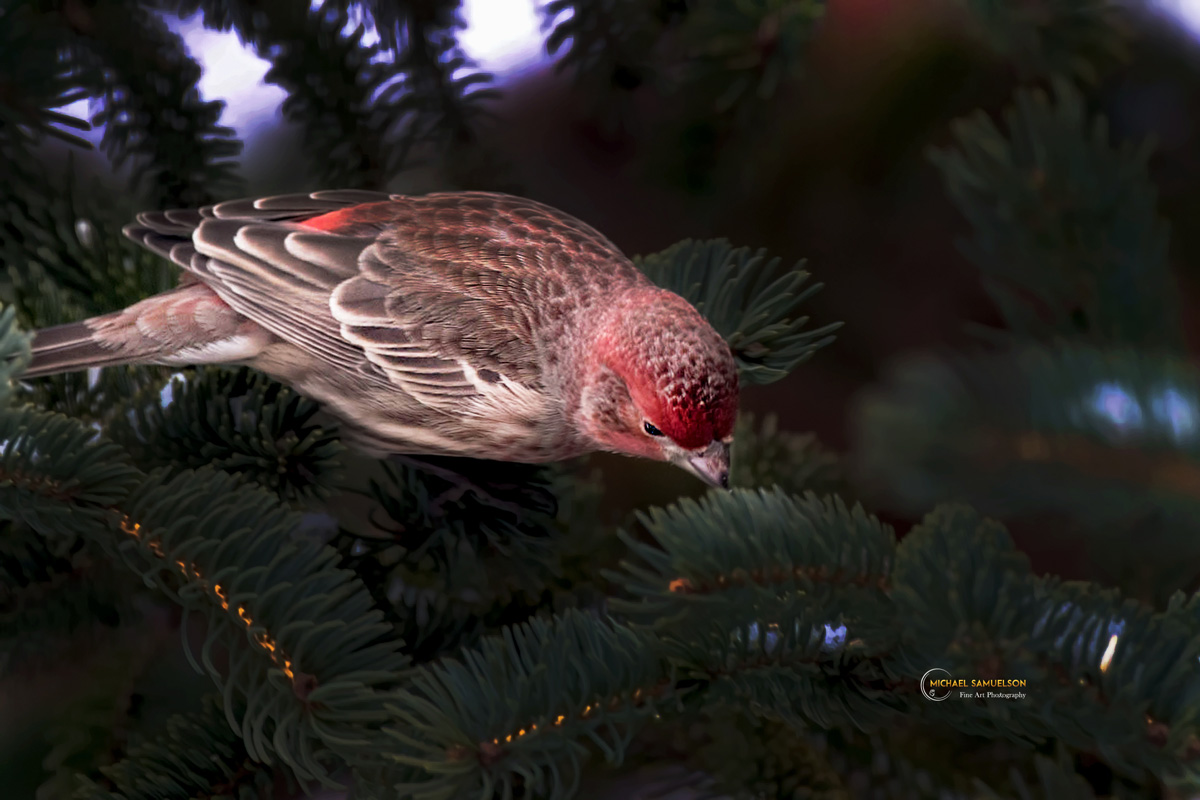 Male House Finch. This is a moderately sized finch. Adult birds are 4.9 to 5.9 in and span 7.9 to 9.8 in. Body mass can vary from 0.56 to 0.95 oz., with an average weight of 0.74 oz. Adults have a long, square-tipped brown tail and are a brown or dull-brown color across the back with some shading into deep gray on the wing feathers. In most cases, adult males’ heads, necks and shoulders are reddish. Male coloration varies in intensity with the seasons and is derived from the berries and fruits in its diet. As a result, the colors range from pale straw yellow to deep, intense red. Their song is a rapid, cheery warble or a variety of chirps. Originally only a resident of Mexico and the southwestern United States, the House Finch did not setup housekeeping in Michigan until the late 1980s. Now, there are estimated to be anywhere from 267 million to 1.7 billion individuals across North America.

In November 2014, I did an instructional excursion to the Galapagos Islands with National Geographic photographers. It was on the Island of Santa Cruz, at the Darwin Research Center, where I developed a particular fondness for these birds. While not “finches” in the true sense, Darwin’s observation of these close cousins, and their adaptive beaks, contributed to his theory of evolution.