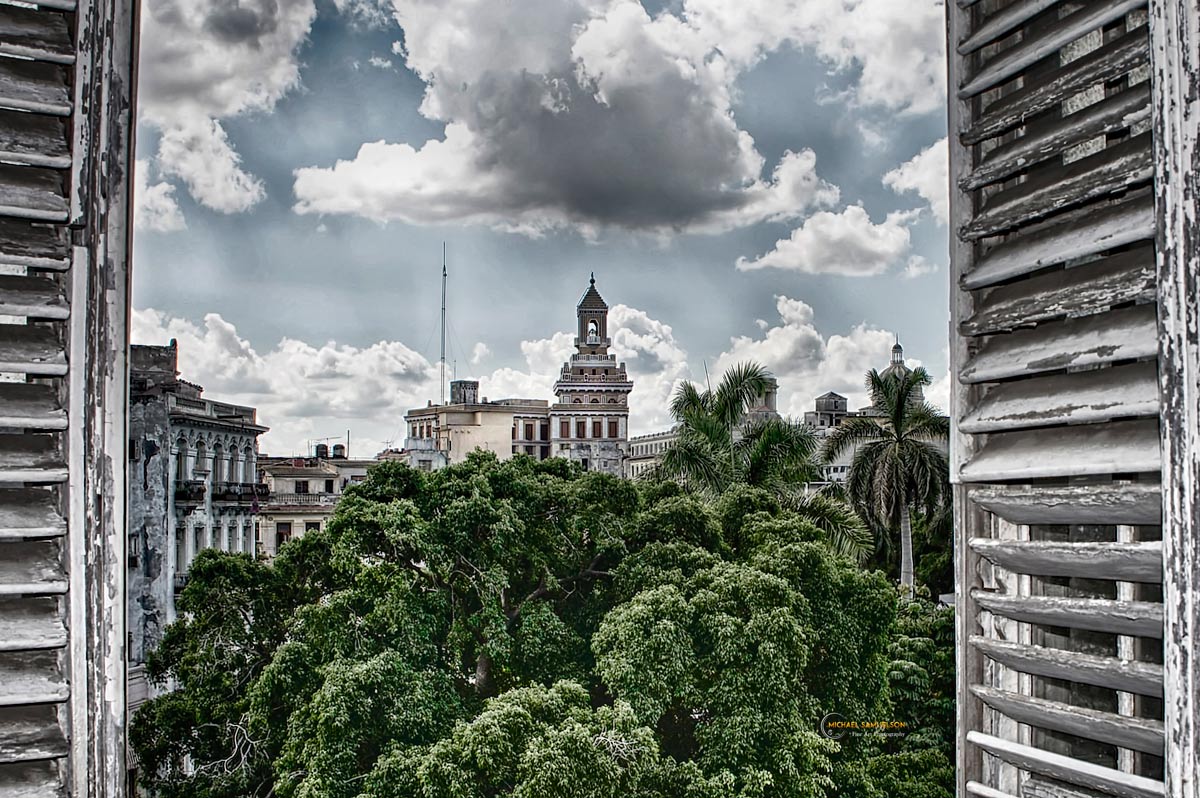 In 1930, the Bacardi rum company opened a new headquarters: a gorgeous Art Deco building on the edge of Old Havana. The early decades of the 20th century were boom times for Cuba and Bacardi alike, with World War I making the sugar trade particularly lucrative and Prohibition in the U.S. (1920-1933) making Havana a popular party destination for American tourists. While the party ship slowed a bit after the repeal of the 18th Amendment, it came to a clanging halt on January 8, 1959. On that day, having defeated the US backed dictator, Fulgencio Batista, Fidel Alejandro Castro Ruz and his army entered Havana. On October 15, 1960, he nationalized (confiscated) and banned all private property, including this Bacardi Building, located at 261 Avenida de Bélgica.

This photo hints at the glory days of when Havana, the “Paris of the Caribbean,” was a flourishing and fashionable city. And, somewhat ironically — looking out from within the museum celebrating Castro’s revolution — the peeling paint is a metaphor for Cuba’s current failed economy and Havana’s decay.